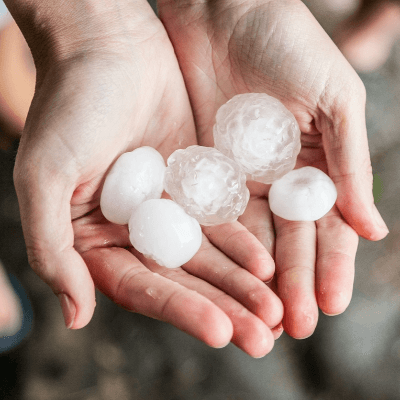 This web page contains hail facts for kids and is a wonderful resource for anyone of any age researching hail. Our goal is to provide you with the latest and most accurate hail facts from scientific sources. In addition to hail facts, you'll find some crazy hail pictures and additional resources for researching hailstorms.

The hail facts listed below will help you learn about what hail is, how hail forms, damaged caused by historic hailstorms and other hail facts. We hope these facts about hail are helpful and help you learn more about this damaging meteorological event.

If any of the below hail facts are inaccurate, please contact us and let us know. 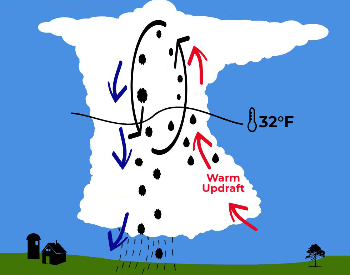 A diagram showing how hail forms during a thunderstorm. An updraft pushes moisture into the upper atmosphere where it freezes. 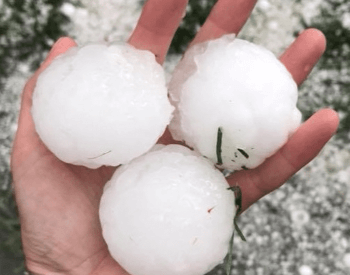 A photo of someone holding three massive hail stones from a hailstorm. These hailstones are about the size of a baseball. 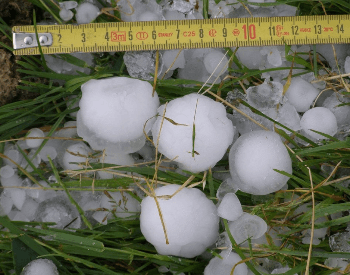 A photo of someone holding a tape measure next to three large hailstones. These hailstones the size of a golf ball. 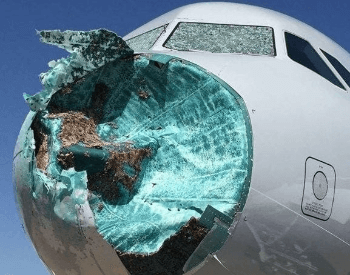 A photo of the damage caused by a hailstorm to American Airlines flight 1897 on June 4th, 2018. 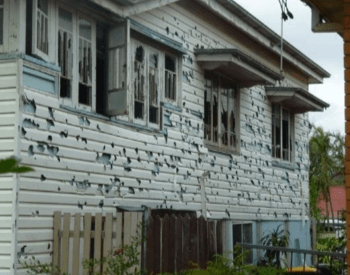 A photo of a house that was damaged by a massive hailstorm. The windows, roof, siding and fence had major damage. 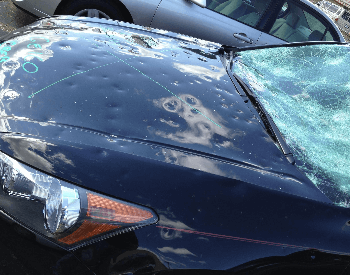 A photo of a car that was damaged by hail from a thunderstorm. This car was totaled by the insurance company.