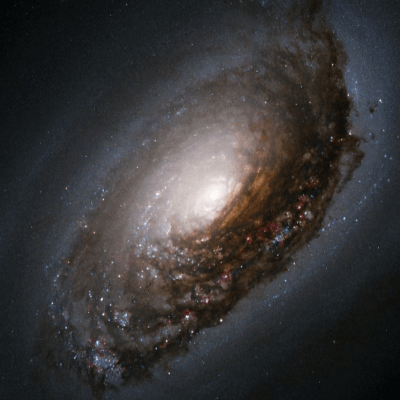 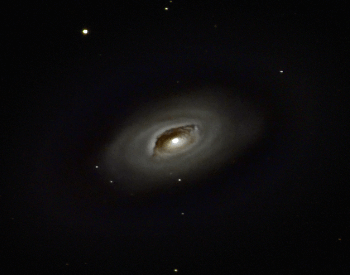 An amazing photo of the M64 Black Eye Galaxy shown from a distance.

A star chart showing where to fo find M64 in mid-northern latitudes in May.