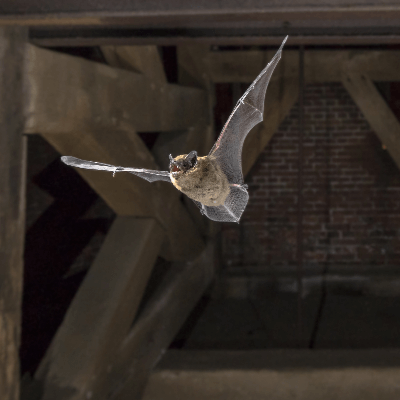 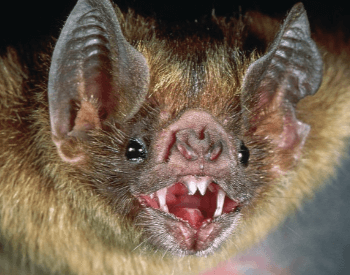 A picture of a common vampire bat head. 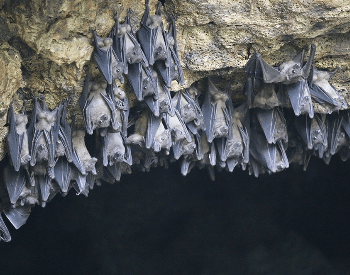 A photo of Egyptian fruit bats in a cave.